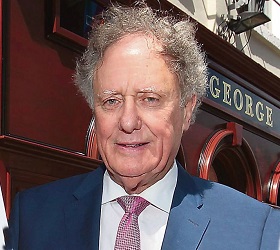 Vincent Browne is a print and broadcast journalist who began his journalistic career by reporting from Prague from August to November 1968 on the Soviet invasion of Czechoslovakia for The Irish Times.

He edited Nusight magazine in 1969 and 1970 and in September 1970 he went to Belfast as the Northern Ireland news editor of the Irish Press group. He worked for the Sunday Independent from 1974 and in 1977 he founded Magill magazine and was editor of that until 1983. He was editor of The Sunday Tribune from 1983 to 1994. He then became a columnist for The Irish Times. He presented a radio programme “Tonight with Vincent Browne” for RTE from 1996 to 2007 and from 2007 to 2017 he presented “Tonight with Vincent Browne” for TV3. Despite airing on what is usually considered a graveyard slot, the show was highly successful drawing an average 166,000 viewers.

Vincent regularly MCs and Chairs conferences and events around the country.

To book Vincent Browne or to talk to us about your corporate entertainment needs and budget, please submit the enquiry form or call us on 01 235 2570.