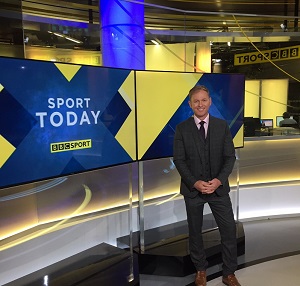 Tulsen is a sports broadcaster working predominantly for BBC World News which has a weekly audience of more than 100 million viewers. During his time there he has covered Six Nations Rugby Union, the World Snooker Championship, and produced output for the 2016 Rio Olympics along with various other projects. Alongside this he has also worked as a commentator for the International Paralympic Committee covering the World Para Athletics Championships for their international TV feed, and three Rugby World Cups as either a commentator for the international radio feed or as a reporter for the international TV version.

Prior to his broadcasting career he was a professional Rugby League and Rugby Union player in both Australia and England playing for amongst others, Harlequins, and he also represented Great Britain in Rugby League.

Added to this he is a qualified Personal Development, Health and Physical Education teacher holding a Bachelors Degree, and is registered with the Irish Teaching council to teach Further Education.

Upon finishing his sporting career he took up Martial Arts and is a registered 1st Dan Karate Black Belt which also qualifies him to teach the discipline.

Tulsen was born in England before his family emigrated to Australia and then he returned to the Northern Hemisphere in 1996. He now calls Galway home and has a wealth of knowledge from both the playing and broadcasting perspective of sport plus a unique interest in how an athlete copes with moving from sport to “real life” and how mentally challenging that can be.

To book Tulsen Tollett to Host your event or to talk to us about your event requirements, please submit the enquiry form or call us on 01 235 2570.