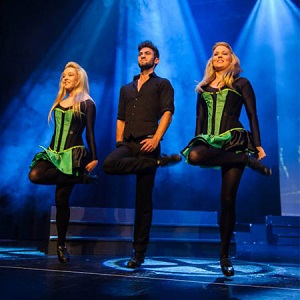 Traditional Irish entertainment is a hugely popular choice for  corporate events and weddings.  We have a range of traditional musicians, drummers, ceili bands, Celtic Irish Dancers, Irish Pipers, Harpists or Celtic Tenors or even Irish spoken word poetry that will bring “ceol agus craic” to your event or big day! 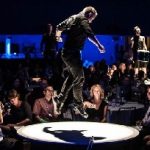 At an agreed time in the evening a haunting sound of ancient Celtic music can be heard echoing in the room. Cloaked figures carrying candles move majestically through the crowd. They form a guard of honour along the walls of the room, as an imposing figure our bodhrán player enters.

He walks through the crowd and without saying a word steps up onto his designated table and starts his performance with a high intensity solo followed by some audience interaction. During this time, some of the cloaked figures have positioned themselves onto their tables crouched down awaiting the call.

Then with a loud cry and a commanding strike to the bodhrán, the dancers drop their cloaks and erupt into a spectacular hard shoe a cappella performance trade-off against the bodhrán. This generally results in an immediate outburst of spontaneous applause from an astounded audience!

The piece continues with the appearance of a Celtic Warrior Drummer who enters the room. There is a trade-off between the bodhrán and the drum. At the end of this show-down, the drummer has apparently lost the fight, but he has one last trick up his sleeve. To the delight of the crowd, he finally calls 4 female dancers to join him. After one more routine, all 8 dancers and 2 percussionists perform a spectacular hard shoe routine. A powerful dance off then ensues, percussion versus dancers in a sensational duel of rhythm, noise, exhilaration and a huge roar to finish. 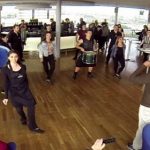 The flash mob begins with the drummer entering the room with a huge ROAR and plays through the room until he reaches his elevated stage or podium. He will continue to play an exhilarating solo piece which will involve some audience interaction.

When his solo piece finishes he will give the dancers their cue to start. The dancers can be dressed in either traditional costumes or dressed as Waiter staff or as guests attending the event, depending on the clients’ preference. As the routine continues more and more dancers join into the routine which will finish with an extremely fast acapella piece.

Depending on the layout and type of floor in the room dancers can be scattered throughout or located in a concentrated focal point depending on what the client wants. If the floor where the performance is to be held is not wooden, small hand-held platforms can be supplied for the dancers to perform on. 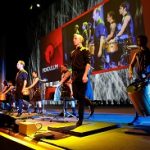 Celtic Extreme is a high energy, full throttle performance. Combining drums with Irish dancers is a great way to liven any event, perfect for the opening of a conference or an interval act at a Gala evening. The Show’s duration can be anything between 5-25 minutes long, we can play in the middle of the audience or on a stage, the number of performers will depend on your budget but the more you have, the more spectacular the show and the greater the audience reaction. We usually recommend 8 Drummers and 4 Male dancers which we know works really well. 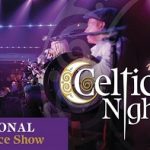 The Celtic Nights Show has a unique experience of Ireland’s best traditional music, song & dance and has been choreographed for maximum audience entertainment. It features world championship Irish dancers and All Ireland winning Musicians. The show showcases some of Ireland’s oldest style of Irish dance, “Sean nos”, & the famous Brush Dance. All routines are performed live to the band, who interact with the audience with their sparkling Irish wit. The music from the band will be very recognisable, with plenty of songs to sing along to like Whiskey in the Jar, Molly Malone and Galway Girl. A traditional experience like no other. 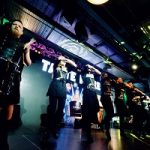 performance, consisting of a medley of Irish Dances, an a capella and tributes to such shows as Lord of the dance. This show embodies all of what has made Irish Dancing a worldwide phenomenon in recent years. Performances can range from Traditional, Contemporary to Modern. The number of dancers varies depending on what is required, the stage and obviously the budget. 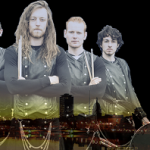 Give a powerful momentum to any event, with an explosion of awesome rhythms and beats, the noise of percussion pulsating in the air will be as spectacular to listen too as it is to see.

The Drummers are a brotherhood of rhythmic warriors, their live show is designed to enthral and entertain with dynamic captivating drumming. They are Ireland’s top rhythm based entertainment act who create each show from the ground up tailored to your vision. Powerful choreographed performances fused with elements of Irish dancing, filled with audience participation is sure to captivate any crowd and add excitement to any event.

The drummers themselves are clad in authentic kilts, boots and military style vests. A commanding look that drives home and captures the passion of the show itself. The pulse of life, the rhythm of a heartbeat. A thundering gong. The beat of a well-tuned drum. Rhythm is an instinct that pulls on everyone. It’s unavoidable! It’s a beautiful thing that grabs you on an unconscious level. 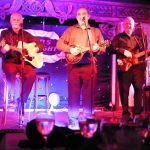 Shandy Folk are an Irish Folk/Ballad group featuring Brendan Savage who incorporates his story telling/comedy in the their riveting performances.Brendan has been a regular guest on the Funny Friday Show on Liveline with Joe Duffy for nearly 20 years.The multi-talented performer plays mandolin, guitar, bango, bass and sings.This Irish Traditional Band  have been playing around Ireland, England & Wales for over 30  years. Playing a variety of Instruments, their programme consists mainly of Irish Ballads, Folk and Country. They perform numbers like Irish Molly, Carrickfergus, Wild Rover and many more well known favourites.  Combined the group have many years of experience. One member, having appeared in the well known Jurys Hotel Irish Cabaret has toured U.S.A, Symphony Hall, Five tours of America, Australia and New Zealand and spent two summer seasons in one of Ireland’s most famous Irish cabaret pubs, Johnny Fox’s.

Fia Rua, from the West of Ireland, have exceptional talent and sound. Their traditional tunes and songs are second to none. This group is highly sought after within the corporate sector who want to bring a taste of the West of Ireland to Dublin. Fia Rua have become a fantastic option for clients who want to listen to some Authentic Traditional Irish Music combined with a great repertoire of contemporary classics. Lead Vocalist is also very experienced as a storyteller and has a huge knowledge of Dublin and its colourful history. 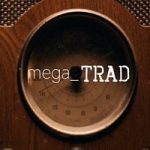 An improvisational based trio rooted in traditional Irish music, blended with electronic effects. The instruments in the band are guitar, mandolin, fiddle and vocals. In 2020 we won best act at Temple Bar Trad Fest for which we were offered a slot at Milwaukee Folk Fest 2020. We are a high energy band ideal for a festival or party atmosphere. 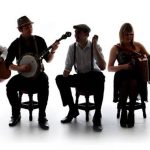 d, Puca features in such shows as Celtic Nights who play a wide range of Irish music and instruments for either back ground music to Celtic Rock. The music from the band will be very recognisable, with plenty of songs to sing along to like Whiskey in the Jar, Molly Malone and Galway Girl. A traditional experience like no other. 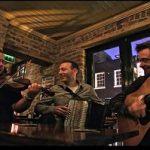 This Irish band have taken the corporate scene by storm, with a great blend of exceptional vocals and with traditional instrumentals to take the audiences breath away. The whole band consists of female Vocalist Clare Peelo, features Michelle O’Brien on fiddle, Barra McAllister on flute, Ray Dempsey on accordion, Brian O’Shea on banjo and Eugene Quinn and Eoghan Scott on guitars. This band mix and matches the line up to perform an exciting mix of Irish ballads, modern Irish tunes, impromptu Ceili dancing, Folk classics and Irish rock anthems in a funky contemporary way. This group of outstanding musicians, takes Irish music to another level.

Lad Lane have a way of reading a crowd and adapting their set list to meet the needs of everyone. They are a contemporary Irish band, diverse, dynamic and infectious. Their unique arrangements of Irish, current and mixed with classics from the rock and pop culture make them an undisputable Irish Party Band. 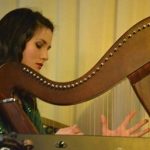 We have a wide selection of harpists for weddings, corporate events & parties.  We book some of Ireland’s most talented Irish harpists. Our Harpists are  perfect for church ceremonies or drinks reception music, covering a range of music from classical to traditional. Booking Wedding entertainment is not always an easy task but a harpist can create a magical setting from the very beginning of your perfect day.

Irish entertainment is known the world over for its musicality and sense of fun, so why not make your event extra unique with the addition of a Tradidional entertainment!

To book Traditional Irish Entertainment for your event or to talk to us about your event requirements, email us:  info@carolandassociates.com or call us on 01 2352570