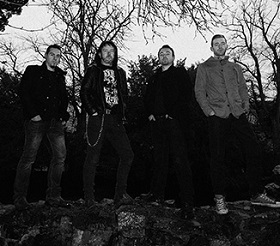 The Harleys are the Ultimate Rock Music Experience.

The Harleys were the first covers band to play on The Late Late Show and  have become the most sought after Rock act on the wedding, and corporate circuit.

Having spent two years under the wing of Dublin’s Radio Nova, they are now the official band to the Today FM Topflight Annual Ski Trip.

Wowing fans in Bad Hofgastein, Austria, they kicked off 2015 with some stellar performances. They were accompanied by the 46 piece RTE Concert Orchestra for ‘ Live and Let Die’ and duetted with country superstar, Nathan Carter to open the show with ‘Video Killed The Radio Star’.

The performances on RTE’s most famous show have already been met with great acclaim and the band are well into bookings for 2017 as a result. The Harleys are the Ultimate Rock Music Experience.

You can relax in the knowledge that your guests are going to enjoy their night and will still be talking about the band for a long time to come. People want a full dance floor, quality music, good sound and personal interaction from the band. The Harleys offer the above in abundance!

Their extensive set list has been tried and tested and it works. The band are happy to meet couples to discuss their musical tastes and requests and will incorporate your favourite songs as best we can.  They also offer a DJ service, an acoustic musical outfit for arrival at your reception and an acoustic residents’ bar after-show party.

To book The Harleys or to talk to us about your corporate event requirements, either submit the enquiry form, email us:  info@carolandassociates.com or call us on 01 235 2570.