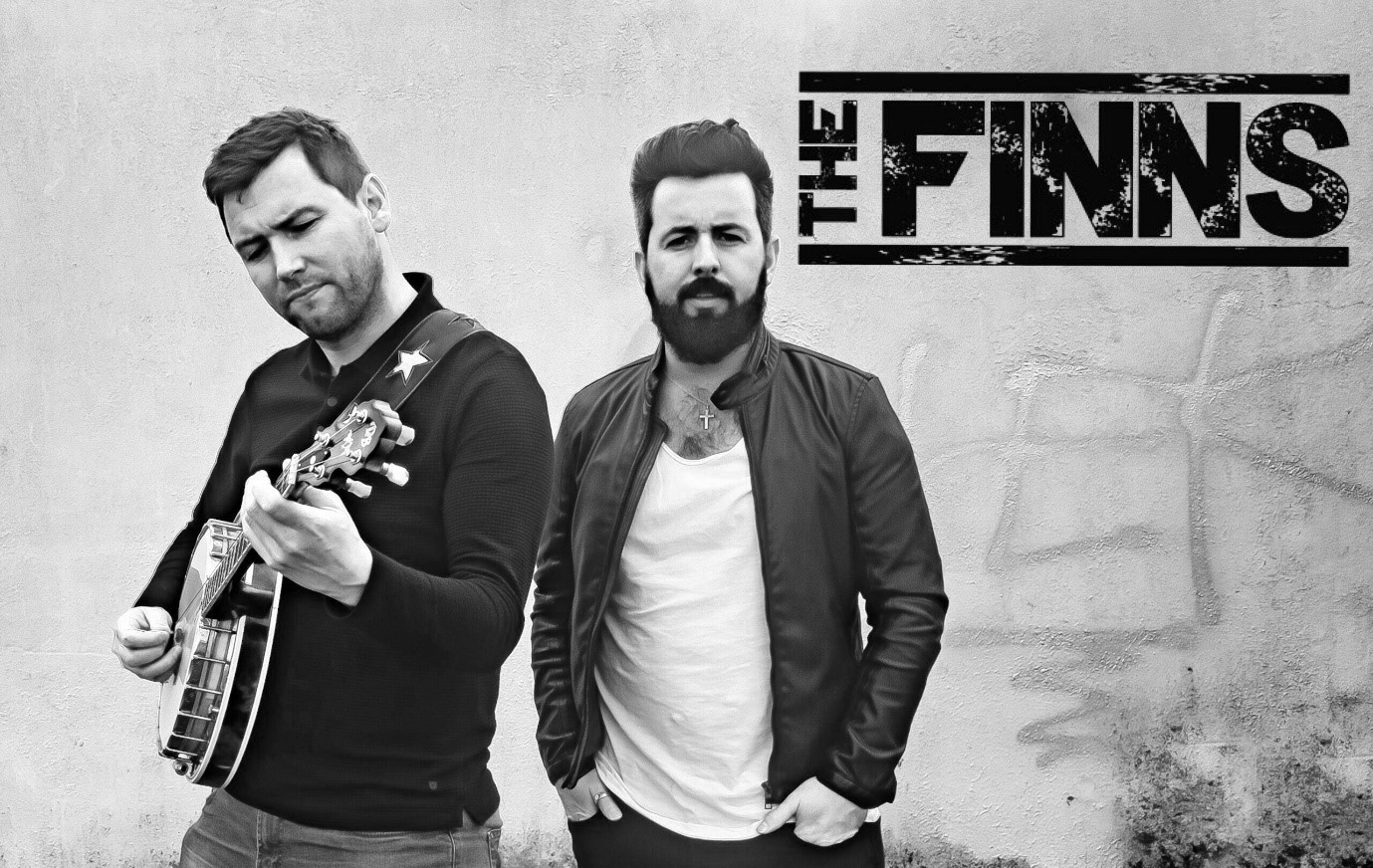 “One of the best bands in Ireland right now.” Songwriting Ireland

The Finns are a folk duo from Laois, Ireland, brothers Hugh and Ciaran Finn. Their original songs have been described as incredibly catchy and lovable, with a hint of blues and rock. Their debut album, Creations, has been a massive success in the charts and media along with the four singles taken from the album.

The Finns are a completely independent band, and with the quality of work involved, there’s a certain bright future ahead. Already highly experienced with many festivals and gigs throughout Europe and America, and hundreds in Ireland, their fanbase continues to rise. They have gained this reward by their professionalism to everything they do and their honest connection with their audiences at live gigs and online

Ciarán combines the percussive beats accompanied with outstanding rhythmic guitar playing and also adds harmonicas on top. The lyrics, written by both brothers, are new, fresh and original, and are backed up by effective chord progressions and catchy hooks with Hugh on tenor guitar and banjo. Harmonies are a strong element of their songs and with the brother vibe, their voices strongly complement each other.

Winners of the All-Ireland Busker Fleadh 2017

To book The Finns for a virtual session or discuss your event requirements, submit enquiry form, email us:  info@carolandassociates.com or call 01 235 2570.