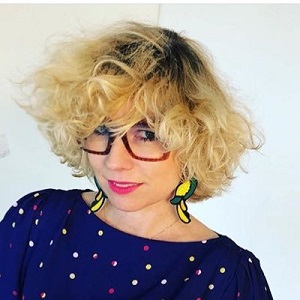 A seasoned speaker with clients including Google, Accenture, Citi, AIB, Eversheds, UKTI, Irish Life and Dublin Chamber, designer and entrepreneur Sonya Lennon is a tiny bundle of fearless passion who loves to tell a good yarn. All her experience is woven into story of style, creation and starting from scratch to build value.

Sonya has three decades as a prominent fashion stylist, broadcaster, designer, businesswoman and social entrepreneur. A fervent supporter of Irish Design, she has produced award winning fashion films supporting Irish fashion design and has twice been elected onto the Board of the Design & Crafts Council of Ireland and sat on the Advisory Board for Ireland’s Year of Design 2015.

In 2011,Sonya launched the first ever Irish branch of international social enterprise, Dress for Success now spanning 140 countries. The Irish organisation has gone on to support 1,500 women on their journey to economic independence by offering professional clothing and the skills to succeed at interview. 57% of Dress for Success clients get the job they go for first time and are continuously supported by a suite of CPD and mentoring programmes. Dress for Success has won multiple awards including the Arthur Guinness fund and Dress for Success Worldwide’s award for International Rookie of the year in 2013. It is currently shortlisted for the Social Entrepreneurs Ireland Impact Awards 2016 with an award fund of €100,000.

Growing from the success of her broadcasting career with RTE on Off The Rails, Sonya wrote two best selling books with business partner Brendan Courtney and went on to successfully launch fashion brand, Lennon Courtney. The celebrated label has been featured in Vogue, US Elle, Sunday Times Style and countless Irish publications. In 2015, Lennon Courtney launched an exclusive range under license for Dunnes Stores. Now three seasons in, the range has been a sell our success as part of Dunnes Stores stable of irish design.

frockadvisor is Sonya’s current focus, a cross platform digital service supporting over 200 independent fashion retailers and designers. It is an app amplified across social and web, offering discovery, promotion and sales lead generation. frockadvisor is multi-award winning company and a HPSU (High Potential Start Up) client of Enterprise Ireland.

Sonya has been awarded entry into the prestigious Astia Investor network, and has been fast-tracked to pitch for a place on the www.500.co programme in Mountain View, California.

In recognition of her role in Fashion Tech, Sonya was appointed an international leader of Decoded Fashion and hosted the inaugural Dublin event in March 2014. It was covered by Silicon Republic who also named Sonya as one of Ireland’s top 100 women in Technology and went on to be awarded Silicon Republic Technology Role Model – Entrepreneurship, and was recently awarded the Irish Tatler Women of The Year Fashion Award.

To book Sonya Lennon for your event or to talk to us about your event requirements, either submit the enquiry form, email us: info@carolandassociates.com or call us on 01 235 2570.