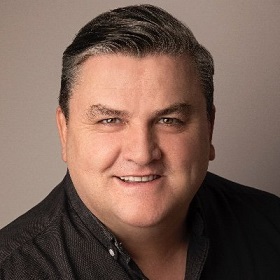 The much loved Simon Delaney has been working as an actor, director, writer & producer for 20 years in Ireland, the UK, and the US.

Simon is a popular and engaging MC, who is perfect for all types of corporate and private events.  He has hosted a number of high profile Awards, such as the IFTAs and the first ever Irish Student Drama Awards in the Bord Gais Energy Theatre. 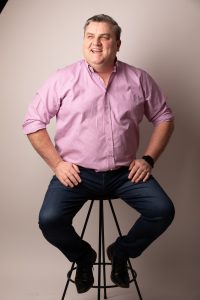 Since August 2015 Simon has anchored Ireland AM a live, three-hour weekly magazine tv series for Virgin Media. He has also presented a number of documentary series including How’s Your Driving? (RTÉ) Chain Reactions (RTÉ) Sex and Sensibility (RTÉ) The Green Devils (MUTV) and Tales of Irish Castles (TV3/Discovery).

Recent movie credits include The Conjuring II which filmed in Los Angeles and London.  Other recent     US screen credits include Delivery Man (Dreamworks), Begin Again (The Weinstein Company) The Good  Wife (CBS) and Touch (FOX).

Simon played opposite Sean Penn in the feature This Must be the Place.  He played the title role in John Carney’s feature film, Zonad which was nominated for 6 Irish Film & Television awards and was a huge hit at the Tribeca Film Festival, receiving a 5-star review from Variety magazine.

Simon has received 4 Irish Film and Television Academy Best Actor nominations and went on to host the event for 4 years, live on RTE television. 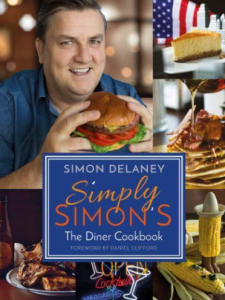 Away from the cameras, Simon’s passion is food; a passion which saw him make the final of Celebrity Masterchef.    In 2017 he released his first book ‘Simply Simon’s – the Diner Cookbook’ published by Black & White publishing in Edinburgh.

Theatre credits include;  Jimmy Rabbitte in The Snapper at The Gate Theatre, Mrs Brown’s Boys at the 02 Arena London, Stones in His Pockets (Charlie Conlon) at The New Ambassadors & Duchess Theatres in London’s West End, One Flew Over the Cuckoo’s Nest (R.P McMurphy), Glengarry Glenross (Richard Roma), The Odd Couple (Oscar Madison), The Boys in the Band (Michael) and Les Liaisons Dangereuses (Le Vicomte de Valmonte).  Simon performed the Irish premiere of the Broadway smash hit Defending the Caveman at The Tivoli Theatre in 2007.