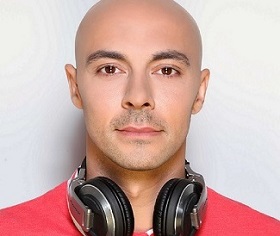 In 2003, Ray Shah, the cheeky-chappie Dubliner, rose to fame when he became a housemate in the UK version of Big Brother. After surviving 64 days in the infamous house, he achieved the runner-up position.

Since then, he has carved out a successful & credible media career in Ireland working in both the TV & radio industry and DJs in clubs around the country.

In March 2004, Ray locked himself into the old Lite FM studio and refused to exit until a decent Dublin radio station was formed…Dublin’s Q102 was born!

Ray also co-hosted Dublin’s Q102’s entertainment show, The Big Saturday Show with Suzy G every weekend from 10am and with a great mix of ceol agus craic.

iRadio presenter Ray set up his own business in 2012 called Bodyfirst Nutrition which sells sports nutrition supplements. There are now three stores in Dublin.

To book Ray Shah or to talk to us about your corporate event requirements, either submit the enquiry form, email us:  info@carolandassociates.com or call us on 01 235 2570.