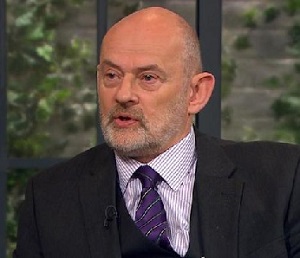 Over the course of his career Pat worked on many of the country’s most high profile murder investigations including the murders of Marlynn Rynn, Mary Gough, Rachel Reilly and Irene White.

The final murder that he investigated prior to his retirement in 2018 was the Capital Murder of his colleague Detective Adrian Donohoe.

In 2019 following his retirement Penguin Ireland published his book, ‘The Making of a Detective’. The book was nominated in the ‘Non-Fiction’ category of the An Post Books Awards in 2019. The book has sold nearly 5,000 copies in Ireland. The book was turned into a series of podcasts entitled ‘The Making of a Detective’ in conjunction with Urban Media and the Irish Sun. Nine episodes have been released and have been very well received. The podcast reached the number one spot in the Apple Ireland Podcasts True Crime category for a number of weeks.

Pat was approached by RTE to make a documentary based on aspects of his book. This lead to him to work with Rare Productions on, so far, two programmes entitled ‘The Crime I Can’t Forget’. These programmes focused on the murders of Mary Gough and Rachel Reilly respectively. He will commence working on a third programme in the series shortly.

To book Pat Marry or to talk to us about your event requirements, please submit the enquiry form or call us on 01 235 2570.