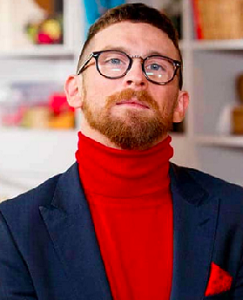 On his social media with the hashtag #mydisabledlife Paddy showcases that you can still live life to the full no matter what barriers are in your way and in general creating positive disability awareness. His positive attitude is inspiring to many and has earned him a hugely loyal following. Paddy is the main ambassador for the Irish Wheelchair Association and has been on the cover of their subscription magazine Speakout last year and will also appear this year.

Paddy recently hosted the Google ‘Festival of Diversity’ and has worked on a campaign with Huawei Phones and has also worked with brands like 4 star Pizza, Primark, Universal Pictures, Heinz, Centra and HTC phones, and Coca-Cola. Paddy was the cover star of LIFE Magazine as one of the activists making waves on Social Media for the disabled community.

Following his success from his appearance on First Dates in 2018 and the great reaction he got from the public, Paddy landed his first Television Show hosting job with RTE’s The Fitting Room. Paddy presented the show, which was all about inclusivity and how to dress for different body shapes and requirements. The first season was a huge success. 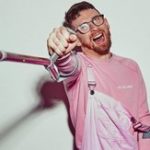 Paddy was a contestant on Channel 4’s ‘The Circle’ Season 2 and was adored by the public and his fellow contestants. After 3 weeks of showing his personality and winning the hearts of viewers, Paddy went on to win the show in October 2019. His profile has been rapidly growing since and he is highly in demand on screen, radio and online

Paddy has spoken at many colleges and universities around the country speaking about his life as a gay, 32 year old, disabled man. He has also worked with companies such as Airtricity and Gaze Film Fest (Gay Film Festival) on diversity in the workplace. Paddy has appeared on First Dates (as the breakout star of series 2) as well as This Morning, Ray d’Arcy, Saturday Night Primetime TV, The Six O’clock Show and most radio shows including Nicky Byrne, Ryan T and The Big Breakfast. Various online entities have featured Paddy such as The Daily Edge, Irish Times+ Goss.ie – as one of Irelands most influential online personalities.

All the participants were so well prepared, the event was fantastic. Very exciting and Paddy is very friendly and have an amazing vibe!!! I love it!!! (Google, 2022)

Loved the energy from Paddy and great hearing about all the ERGs….I learnt a lot. Also great to put faces to the names of the ERGs we hear about. (Festival of Diversity, 2022)