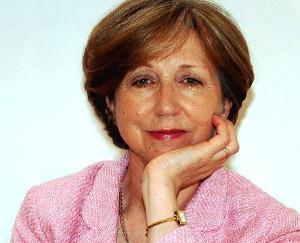 Olivia O’Leary  is broadcaster and journalist. Born in Carlow, she studied English, French and Spanish at UCD before becoming an apprentice journalist in the ‘Nationalist and Leinster Times’.  She joined RTÉ as a news reporter in 1972 and was Belfast correspondent, 1975-76. She began writing for the ‘Irish Times’ newspaper in 1978 and reported from Argentina on the Falklands War.

In 1980, Olivia O’Leary became a presenter on RTÉ’s flagship current affairs programme ‘Today Tonight’. She left to work on BBC’s ‘Newsnight’, and was made that programme’s first senior female presenter in 1985. She later returned to ‘Today Tonight’ and also presented ‘Questions and Answers’ and ‘Prime Time’ on RTÉ. She currently contributes a column to RTÉ Radio 1′s ‘Drivetime’. Her publications include ‘Politicians and Other Animals’ (2004) and ‘Party Animals’ (2006).

Olivia is a popular MC, Host or Facilitator at events around the country.

To book Olivia O’Leary or to talk to us about your event requirements, please submit the enquiry form or call us on 01 235 2570.