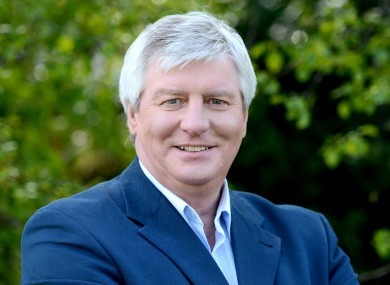 A popular after-dinner speaker at events, Michael Lyster is a radio and television broadcaster who mainly covers sporting events, such as Gaelic games and Olympic Games. He best known for presenting The Sunday Game Live.

Michael began his journalistic career as a junior reporter with the Tuam Herald where he wrote a music column. He spent seven years with that newspaper before moving to television and radio.

In 1980, Michael joined RTÉ as a sports bulletin broadcaster with Radio 2, however, as his career progressed he began presenting programmes and covering high-profile sporting events. In his first year at the national broadcaster he also covered the Olympic Games on radio.

One of the highlights of his early career was covering the 1982 and 1983 All-Ireland hurling finals for radio.

In 1984 Michael took over as presenter of The Sunday Game, a post he has held ever since. That same year he was one of the main presenters for RTÉ’s television coverage of the Olympic Games, co-hosting with Moya Doherty on Daybreak LA. This was RTÉ’s first venture into breakfast television.

In 1988, Michael won a Jacob’s Award for his work on The Sunday Game. Since then he has covered a number of sports for RTÉ across all codes and has been an ever-present feature on RTÉ’s coverage of Olympic Games. He remains, however, mostly associated with Gaelic games and has been one of the main presenters of the All-Star and the RTÉ Sports Person of the Year awards shows.

In 2015, Michael  had a major heart attack and and later disclosed that he had suffered from a heart condition for a number of years prior to the attack.

After more than three decades at the helm, Michael retired in 2019 as host of the Sunday Game in 2019.

To book Michael Lyster or to talk to us about your event requirements, either submit the enquiry form, email:info@carolandassociates.com or call us on 01 235 2570.