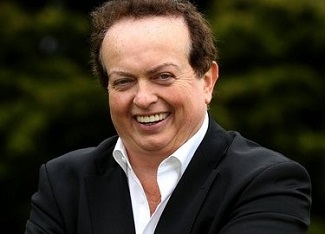 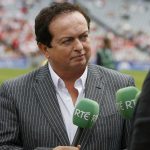 Marty Morrissey is one of Ireland’s most well known and loved sports commentators and television presenters. He regularly presents high-profile sports events for RTÉ Sport, such as the All-Ireland Senior Football Championship and Olympic Games.  He is the ideal choice as an MC/Host for both formal and casual events.

Marty entered the world of broadcasting in 1988 on joining the local TV channel “Cork Multi-Channel”. Shortly after that, he moved to London to work for WH Smith’s Lifestyle Channel. In 1989 he joined the new Clare FM local radio station as News Editor. In 1990, he returned to Cork to work on RTÉ’s local radio service in Cork. He left Cork in 1994, to join RTÉ’s TV Sports Department. 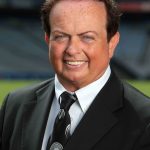 Marty has commentated on many sporting events but his bailiwick is Gaelic games, also  presenting Saturday Sport on RTÉ Radio 1. An experienced ring announcer and interviewer on Pro Box Live, he also traded the sports pitch for the ballroom dancefloor as he took part in RTE’s Dancing With The Stars in 2018.