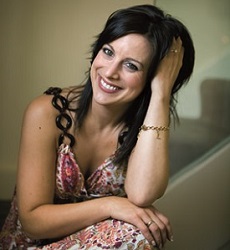 Lucy Kennedy is one of Ireland’s best known TV personalities.

She has been described as “one of Ireland’s most familiar faces” who started her career  on ‘The Ex-Files’ before co-hosting ‘The Podge and Rodge Show’. Lucy moved to TV3 where she has hosted The ^ O Clock Show with Martin King. Lucy also hosts ‘Living With Lucy’ which is back for another series on TV3.

Lucy has written column for The Herald, hosted a weekend radio show on 2FM with Baz Ashwamy and is in demand as a MC around the country. Lucy has also won VIP TV female personality of the year twice.

To book Lucy Kennedy for your event or to talk to us about your event requirements, please submit the enquiry form or call us on 01 235 2570.