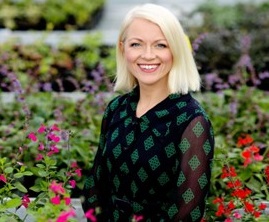 Kathriona has twenty years’ experience in front of and behind the camera presenting and producing a range of factual programming for RTÉ, Virgin Media Television, BBC and ARTE.

She has presented  RTÉ’s flagship science series 10 Things to Know About and has previously presented My Money and Me, The Consumer Show, Small World, The Science Squad and Scope.

As a documentary maker and factual producer her recent productions include landmark history documentaries Cold Case Collins, The Irish Civil War and Steps of Freedom and the live Science Week series Future Island.

She is a weekly columnist with Cork’s daily newspaper The Echo writing on climate, science, health, parenting and local issues.

In addition to her TV and writing work Kathriona is an enthusiastic MC, host and facilitator particularly for STEAM related events having completed an MSc in Science Communication at DCU in 2010.

She works with a host of blue chip companies and institutions including Science Foundation Ireland, Enterprise Ireland, Pfizer and has presented the Pendulum Summit, Women in Finance Awards, Women in Business Awards and BT Young Scientist and Technology Awards.

To book Kathriona Devereux to host or MC your corporate event or to talk to us about your event requirements, either submit the enquiry form, email us: info@carolandassociates.com or call us on 01 235 2570.