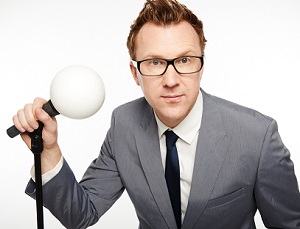 Jason Byrne “The Outright King of Live Comedy” is, without doubt, one of the most exciting comedy performers working in Ireland today.

A funny and entertaining MC, Jason will maintain a light tone for your event whilst ensuring the integrity of th 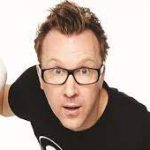 e content discussed.  He specialises in tailoring the act to your needs. Embracing the characters in the room through laughter and providing a unique analysis of your group behind the safety of closed doors. It can be as light or as hard hitting as you want.

Jason will meeting with you in advance to write custom jokes and sketches unique to your company or event. We are the only Irish agency that know what it takes to create and perform bespoke corporate comedy unique to your group or company.

Hailed by both the national press and public alike, he has been highlighted by both Industry and national press as the ‘must see’ comedian Jason’s fast, free-wheeling style, fused with an array of offbeat props, make his act a helter-skelter of a show – where the audience are promised the ride of their lives. Jason truly makes the stage his own when he performs – and leaves the audience shouting for an encore. 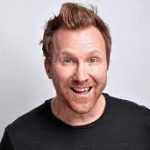 The biggest selling comedian ever at the Edinburgh Fringe, Jason Byrne’s inspired, original brand of high energy intelligent lunacy ensures he is one of the most exciting live comedy performers in the world and his sell out shows have attracted accolades including the highly coveted Perrier Newcomer Award Nomination and the Perrier Award Nomination.

Jason has spent much of lockdown entertaining his fans from his home. Using a variety of props and impromptu games he helped people through lockdown with what became his own online gameshow.

To book Jason Byrne Comedian or to talk about your event requirements, please submit the enquiry form or call us on 01 235 2570.