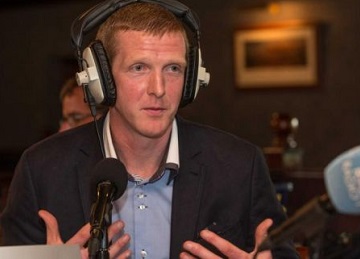 Henry Shefflin  is an Irish hurler who played as a centre-forward for the Kilkenny senior team who speaks about team work and what it takes to be a winner in business and sport.

Henry is widely regarded as one of the greatest hurlers in the history of the game, with many ranking him as the number one player of all-time. During his playing days he won a record-breaking eleven All-Star awards, as well as being the only player ever to be named Hurler of the Year on three occasions. He has been repeatedly voted onto teams made up of the sport’s greats, including in 2009 when he was picked on a special Leinster team of the past twenty-five years as well as being named in the top spot on a special list of the 125 greatest hurlers of all-time.

To book Henry Shefflin to speak at your corporate event or to talk to us about your event requirements, either submit the enquiry form, email us:  info@carolandassociates.com or call us on 01 235 2570.