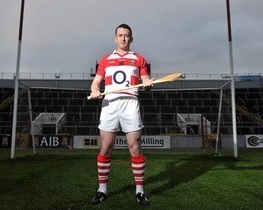 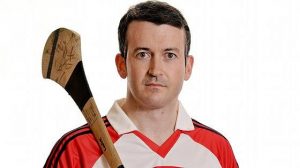 Irish Hurling Legend Donal Og Cusack is a selector and coach with the Clare senior team since 2015, and is regarded as the greatest goalkeeper of his generation.  Donal became one of the first openly gay elite Irish sportsman when he came out in 2009, breaking apart traditional notions around Ireland’s toughest, most masculine sport.

Donal made 54 championship appearances for Cork, more than any other goalkeeper in Ireland’s history.  He has proved himself a “doughty and tenacious” competitor through his time in the sport, and has won three All-Ireland medals, five Munster medals and two All-Star awards

He has also been a public advocate for wellness and LGBT causes and led powerful campaigning for marriage equality and gay rights.  He is seen as a role model in an Irish sporting culture unused to addressing sexuality and mental health issues. His activism goes beyond just paying lip service to gay equality in Ireland. Donal appears on TV, attends rallies, and has even travelled abroad to the US, where he met with Jason Collins, and Russia where he confronted homophobic politicians.  Cusack has long been a passionate advocate of players’ rights, he was to the forefront of a series of panel strikes in Cork, and he was a prime mover behind the growth of the GPA from a small outsider body to official GAA recognition.

Donal has much experience in motivational corporate speaking, including sharing some of the secrets of how the lessons of sport can translate into success in other areas of life.  He has worked for US Multinational Johnson and Johnson in Cork for 15 years, running projects around win energy at their sites that have brought him to a position of respect and influence within the global organisation.

Topics
As a sports professional and internationally renowned GAA star, Dónal Óg Cusack is well-versed in the many areas such as:

Testimonials
“Donal Og was absolutely amazing. He blew us all away. He was so honest and humble, yet he delivered such a powerful speech. I think he really made a difference to a lot of people, myself included. Thank you.” – Boston Scientific, Clonmel

“We can’t speak highly enough of Donal Og. Everyone really enjoyed his story and rapport with all the team here.” – Kerry Group

To book Donal Óg Cusack or to talk to us about your event requirements, please submit the enquiry form or call us on 01 235 2570.