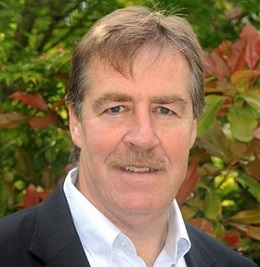 Born in Cork on 12 September 1959, Donal was raised in a sporting background; his father Ger was a national boxing champion and GAA player. Famous for his aerial skills in the line-out, the hard-nosed second row was ever present in the Irish team for over a decade which saw two Triple Crowns. He is best remembered for his break which set up Mike Kiernan’s championship clinching drop-goal against England in 1985.

Lenihan, a proud Munsterman, captained his country 17 times. He was selected for three Lions Tours (1983, 1986, 1989) and was the popular captain of the 1989 midweek side that became known as Donals Donuts. They were unbeaten. His last cap came against Wales on 18 January 1992. Since then he has managed both the Irish national team and the British and Irish Lions (2001).

To book Donal Lenihan or to talk to us about your event requirements, please submit our enquiry form or call  01 235 2570.