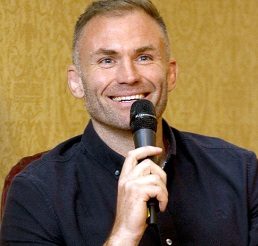 He recently completed the gruelling challenge of rowing from New York to Galway, becoming the first person ever to do so.

During a 16-year career as a professional rugby player, Damian donned the colours of some of rugby’s European elite, including Northampton Saints & Leinster; where he won club rugby’s biggest prize, The Heineken Cup.

Since retirement from professional rugby, Damian has become one of the World’s foremost extreme adventurers; undertaking some of the most demanding physical and mental challenges on the planet, including the 257km Sahara Desert ultra marathon, The Marathon des Sables, rowed solo and unsupported, 5000km across the Atlantic Ocean and has currently climbed 5 of the 7 Summits, a renowned mountaineering feat. Damian’s drive to explore his physical & mental limits is not exclusive to ultra endurance events and he is a multi-time Irish indoor rowing champion, holding all-time, all-category records for the 500m and 1000m distance. 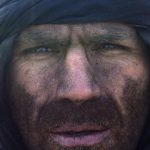 His purpose in life is self actualisation and goal is , “To live an extraordinary life. A life full of challenge, extremes, learning, courage, growth, reality and fulfillment. Driven by responsibility, integrity and discipline. My life will be my masterpiece”.

For 25 years Damian has pursued his human potential, relentlessly pushing his body & mind to their perceived limits; forging himself & his character in what he deems “a crucible life”. Damian has shared his unique story, incredible experiences and deep learnings with multinational corporations, tech giants and World class sporting environments including NFL teams and International Rugby XVs.

As a former professional rugby player, Damian Browne played for European elite Leinster Rugby, winning some of club rugby’s biggest prizes the Heineken cup & Pro 14. Damian is a highly respected professional, known for his work rate and leadership. He also played in the English Premiership for Northampton Saints and in the French TOP 14 with Brive & Oyonnax during a 16 year career.

Damian’s mantra is, ‘To live an extraordinary life. A life full of challenges, extremes, learning, risk, growth and fulfilment. Driven by self-awareness, integrity and courage. Since retirement from professional rugby in 2015, Damian has embraced the life of an extreme adventurer. From a three week expedition into the Pamir mountains in Afghanistan to summiting Kilimanjaro, Mont Blanc and Gran Paradiso, Damian has visited over 60 Countries on six continents. In April 2016, Damian completed the six day, 257km Marathon des Sables, across the Sahara Desert also known as ‘The Toughest Footrace on Earth’. In 2018 he achieved the extraordinary, when he successfully crossed the Atlantic ocean in a rowboat, .. alone, joining a very exclusive group of less than 60 people to ever achieve the feat. In fact, more people have been in space than rowed the Atlantic solo! He endured nine-meter swells, deep lacerations on his head, and complete steering system failure. He came close to death when his boat capsized, getting trapped underneath it and was almost destroyed by an oncoming cargo ship. However, after 63 days, 6 hours and 25 minutes he officially crossed the Atlantic Ocean, 28kgs lighter.

Damian’s rowing prowess doesn’t stop on the ocean, he is also a multi time Irish indoor rowing champion and currently holds the all-time records for the 500m and 1000m distances. Damian regularly shares his experiences and learnings with companies like EY, Facebook and Bank of Ireland. He has written and presented talks entitled ‘Drive not motivation’, ‘Ownership and Commitment are the keys’, ‘Extreme challenge, why?’, ‘Mental preparation – processes, strategies and tools’ and ‘The success lies in the preparation’. He has given a TEDx talk entitled ‘The hidden values in pushing your body to it’s limits’ and had the honour of addressing the Irish Rugby squad and staff before their historic victory over the All Blacks in Dublin, November 2018.

To book Damian Browne for your conference or event or to talk to us about your event requirements, please submit the enquiry form or call us on 01 235 2570.