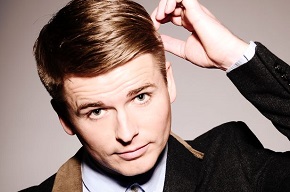 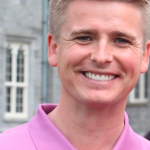 Brian Ormond has been in the entertainment business since he was a toddler. He started his training at the tender age of four at the Digges Lane Dance Centre Dublin.

In the past Brian was most noted for his performances on TV talent shows, but has now established himself as a natural TV presenter. While maintaining his singing and performing career, Brian wooed viewers as presenter of ‘You’re A Star Plus’ on RTÉ2 for the last three years.

Of course, Brian’s first foray into the public arena was on RTÉ’s Popstars when he came seventh in the race to form the band Six. He followed up this with a try on the first ‘You’re a Star’ (2002) when he reac 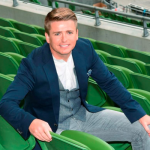 hed the final five candidates the year Mickey Harte went on to win.

Then Brian decided to give the UK a shot and became the only Irish person to reach the final ten of Pop Idol and was singled out by music guru Simon Cowell.

In film, Brian has worked on movie soundtracks including backing vocals for Gavin Friday’s tracks for the Neil Jordan film, ‘Breakfast on Pluto’, and tracks for the RTÉ drama ‘Showbands’ with Kerry McFadden.

Brian graduated to presenting the You’re A Star audition phase of the series, touring the country with the judges. This year saw Brian taking the reins completely and becoming the presenter of Charity You’re A Star 2007 and You’re A Star 6.

To book Brian Ormond or chat about your event needs, mail info@carolandassociates; complete the enquiry form or call + 353 1 235 2570