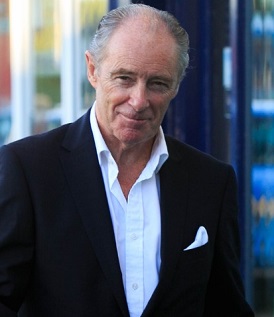 Brian Kerr is an Irish football manager and studio analyst and co-commentator for RTÉ Sport.

At the age of 13, he took his first coaching role with the Crumlin United under-11 side. Realising later that he didn’t have the talent to become a top player, he decided to focus on coaching.

In 1986, he was appointed manager of the League of Ireland side St Patrick’s Athletic.

In December 1996, he left St Patrick’s to become the technical director of the Football Association of Ireland.

Kerr worked with the Republic of Ireland youth squads and also with the senior side. He was appointed as the full-time manager of the senior Ireland team on 26 January 2003. In 2007, Kerr became the Director of Football of St. Patrick’s Athletic. Then, in 2009, he was confirmed as the head coach of the Faroe Islands national team. He left that post in October 2011.

To book Brian Kerr or to talk to us about your event requirements, please submit our enquiry form or call  01 235 2570.