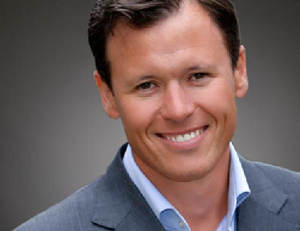 Anton is a highly experienced presenter – one of our most popular hosts, and a regular MC at AGM’s, award ceremonies and conferences. His easy presenting style and wonderful ability to inform and communicate important conference messages to an audience transfers flawlessly into the corporate sector.

With many successful events under his belt for clients including Vodafone, Bank of Ireland and Barry Group, he can bring real charisma and charm to your event, engaging your audience with ease throughout.

In recent years, he has presented TV and Radio Shows including Ireland AM, The Seven O’Clock Show, The Apprentice, You’re Fired! The Sunday Business Show, and The Anton Savage Show (for which he won the PPI Award for Best Magazine Show), in the show’s inaugural year. 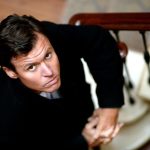 Engage your audience with ease

As a journalist and published author too, Anton knows how to tell a story and can engage your audience on both light-hearted topics and serious issues.  No doubt your attendees will be familiar with his writings in the likes of The Irish Independent, The Examiner, The Mail and Mail on Sunday and he has been a columnist for both The Sunday Independent and Herald. And many will be aware of his first book Spin and Win – how Irish politicians get elected, which was published in 2007 to positive reviews – but ‘almost no sales’ as he tells us himself!

Other specialist events he has MC’d include the prestigious European People’s Party European Convention, which was addressed by the heads of dozens of EU Member States. Anton has also hosted unique ‘Audiences With’ events, which involved chatting with a range of guests, from Sir John Sawyers (former head of MI6) to Jeremy Paxman, to IKEA Global Chairman Lars-Johan Jarnheimer.

In his day job as Managing Director of The Communications Clinic, one of Ireland’s leading communications training and advisory companies which he co-founded in 2008, he advises many clients on communications issues and strategies. And it is this insight gained from years of experience that will help him to bring an extra dimension to your next event. 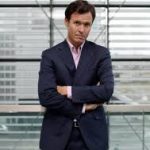 “This was our fourth time engaging Anton to facilitate our annual principals’ conference, and we have asked him back for our event in January 2019 for a reason. He is the consummate professional – completely on top of his brief and very credible in his questioning of our keynote speakers – including Richard Bruton, Minister for Education and Skills. He is also very engaging and charming, attributes that definitely added to the atmosphere of the event, as our member feedback confirms. We would have absolutely no hesitation in recommending Anton for similar engagements elsewhere, except where they clash with our conference, of course!”

“Anton Savage is a ‘pro’ – a gentleman to his fingertips and the ‘best there is’ in my opinion!”

To book Anton Savage either submit the enquiry form, mail:  info@carolandassociates.com or call  01 235 2570.