Frequently described as a ‘National Treasure‘, Anne Doyle is best known as a long-serving newsreader for RTÉ, who anchored the broadcaster’s main evening television news programmes during 33 years of service.

Anne joined the RTÉ newsroom in 1978 and read her first news bulletin on Christmas Day that year. She became a regular reader for bulletins on both radio and television news services. In 1983, she became one of four presenters for RTÉ One’s early evening news, then known as Newstime. The program was relaunched in 1988 as the Six One News with Anne becoming co-anchor alongside Seán Duignan two years later.

Anne was one of two sole anchors of RTÉ’s flagship Nine O’Clock News in 1997.   The following year, she took over from Marian Finucane as co-presenter of Crimeline. 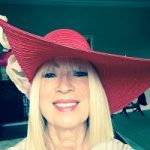 In November 2011, Anne retired from RTÉ and presented her last RTÉ News bulletin at 8:50pm on Sunday 25 December 2011, 33 years to the day since her first bulletin. The bulletin ended with a montage of her career and featured tributes from among others, Taoiseach Enda Kenny and broadcaster Gay Byrne.  Marking RTÉ’s 50th anniversary in 2011, Doyle became the first Wexford person to appear on a postage stamp during her lifetime.

This legendary RTÉ News anchor has now become part of Irish popular culture. Her recent appearance on The Tommy Tiernan Show saw her being hailed as a “legend” an “icon” and “class personified” on Twitter.

A UNICEF Ambassador, Anne Doyle is a fabulous Host at many corporate events around the country.

To book Anne Doyle either submit the enquiry form, mail:  info@carolandassociates.com or call  01 235 2570.