We hope you had a wonderful break and are now ready to greet 2022 with open arms!
We’re ramping up for real live events again, and have sometruly inspiring acts to share with you.

We represent some of the most entertaining speakers on the circuit who will wow, inspire and educate your team or clients in many areas including wellness, diversity, finance and motivation.  Well known & respected talents with lifetimes of experience and success to share …..

Katie Piper is a best-selling international author, inspirational speaker, TV presenter and charity campaigner who rebuilt her life after surviving a brutal sulphuric acid attack in 2008.

Katie is an inspirational role model and founder of The Katie Piper Foundation, a charity for burns victims, with her bravery and determination recognised with   a number of awards and accolades.

After two years of anonymity, Katie spoke about her attack in a moving  Channel 4 documentary ‘My Beautiful Face’ the programme  told her story of survival and recovery.

Watched by over 3.5 million viewers and nominated for Best Single Documentary at the BAFTA Television Awards in 2010, Katie is an inspirational woman who has gone on to support countless other burn victims.

Strong, both mentally and physically, determined and passionate, Katie can both share her inspirational story and motivate others with her moving path to recovery. 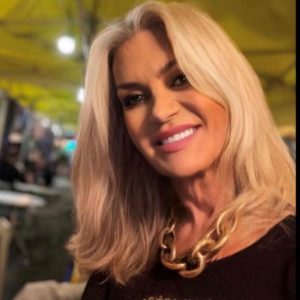 Rebecca wears many professional hats. Having started her career as a sought after hairstylist for fashion shoots, the Eurovision song contest, and celebrity clients, she then went on to own and operate Tallon Model Agency (now Assets) in the 80’s and 90’s.

Since writing her biography in the well-received book ‘His Name is Rebecca’, she is now a sought after public speaker and has spoken at various events all over Europe with the Terrence Higgins Trust. Rebecca has roles with the HSE and 56 Dean Street as a Peer Support Worker, HIV Awareness campaigner & Project B.

Rebecca found time in her schedule to also become the first transgender woman in Ireland and the first person to hold an Irish passport in their reassigned gender. Rebecca’s brave and eventful journey has paved the way for others to live their life as their true selves and the appetite for her story just keeps growing.

This remarkable life story is so interesting in itself, but the added charm and wit of Rebecca’s delivery in her various interviews really hits the mark with viewers, listeners and readers – particularly her interview on the Petty Little Things podcast

Last year Rebecca made headlines for taking a stand and resigning as Editor of Transgender Affairs at Boyz Magazine.  She has been inundated with requests for interviews on podcasts as well as appearances and talks. 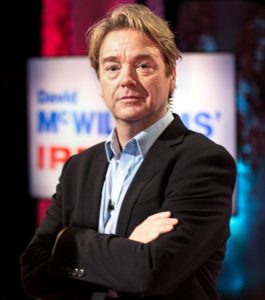 David McWilliams is an economist, author, journalist, documentary-maker and broadcaster. He is Adjunct Professor of Global Economics at the School of Business Trinity College Dublin and is ranked 5th most influential economist in the world.


David is in demand as a speaker at conferences worldwide, and widely regarded for his brave and accurate forecasts and predictions. In his efforts to demystify it and make it accessible to all, he brings the ‘dismal science’ of economics vividly to life with his wit, relaxed style and acute understanding of his subject matter.

An entertainer and provocateur, David has a rare capacity to empower everyone from  business leaders to the ordinary ‘Joe Soap’ with greater confidence about how economics works, so they can approach it with fresh eyes and new understanding. This is key to his success as an international conference and keynote speaker who never fails to get audiences thinking usually a bit differently about the world economy as an ecosystem.

David’s drive to bring economics and ideas to the masses extends far beyond the stage and encompasses everything from literature and politics to climate and societal trends. He is co-founder of the Dalkey Book Festival in Dublin and of the world’s only economics and stand-up comedy festival, Kilkenomics, described by the Financial Times as “simply, the best economics conference in the world”.

He is also a Young Global Leader with the World Economic Forum, and a regular contributor to Google’s famed Zeitgeist conference and other leading think tanks around the world.
BOOK DAVID HERE 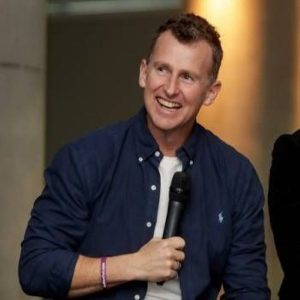 One of the most highly respected rugby referees in the world, Nigel Owens MBE has refereed multiple Heineken Cup finals and officiated World Cup matches many times, making him one of the most accomplished and influential authorities in the sport. A fabulous rugby speaker, Nigel delivers a humorous insight into elite rugby and how to discipline giants of the sport.

Appointed as an international referee in 2005, Owens refereed his first game against   Ireland and Japan in Osaka. In 2007, Nigel made his World Cup debut in Lyon, officiating   for Argentina against Georgia. Since then     Nigel’s reputation for decisive leadership on pitch and tough discipline for offenders has led to him becoming a favourite for fans and   pundits, delivering consistent performances with accuracy and sharpness only associated with the best of the sport.

Overseeing some of the greatest Rugby matches of recent times, Nigel is a wonderful choice of rugby speaker for any event with guests that seek to understand the spectacle of world-class sport witnessed from the very heart of the action.

With a reputation that precedes him, Nigel Owens MBE is arguably one of the most famous referees not just in rugby but sport in general. A hilarious figure that commands respect and has tremendous camaraderie amongst players and fans, the instantly recognisable Nigel Owens MBE is available to hire as a rugby speaker for any event, dinner or function where his presence coupled with his tales and anecdotes will ensure an unforgettable event for attendees.